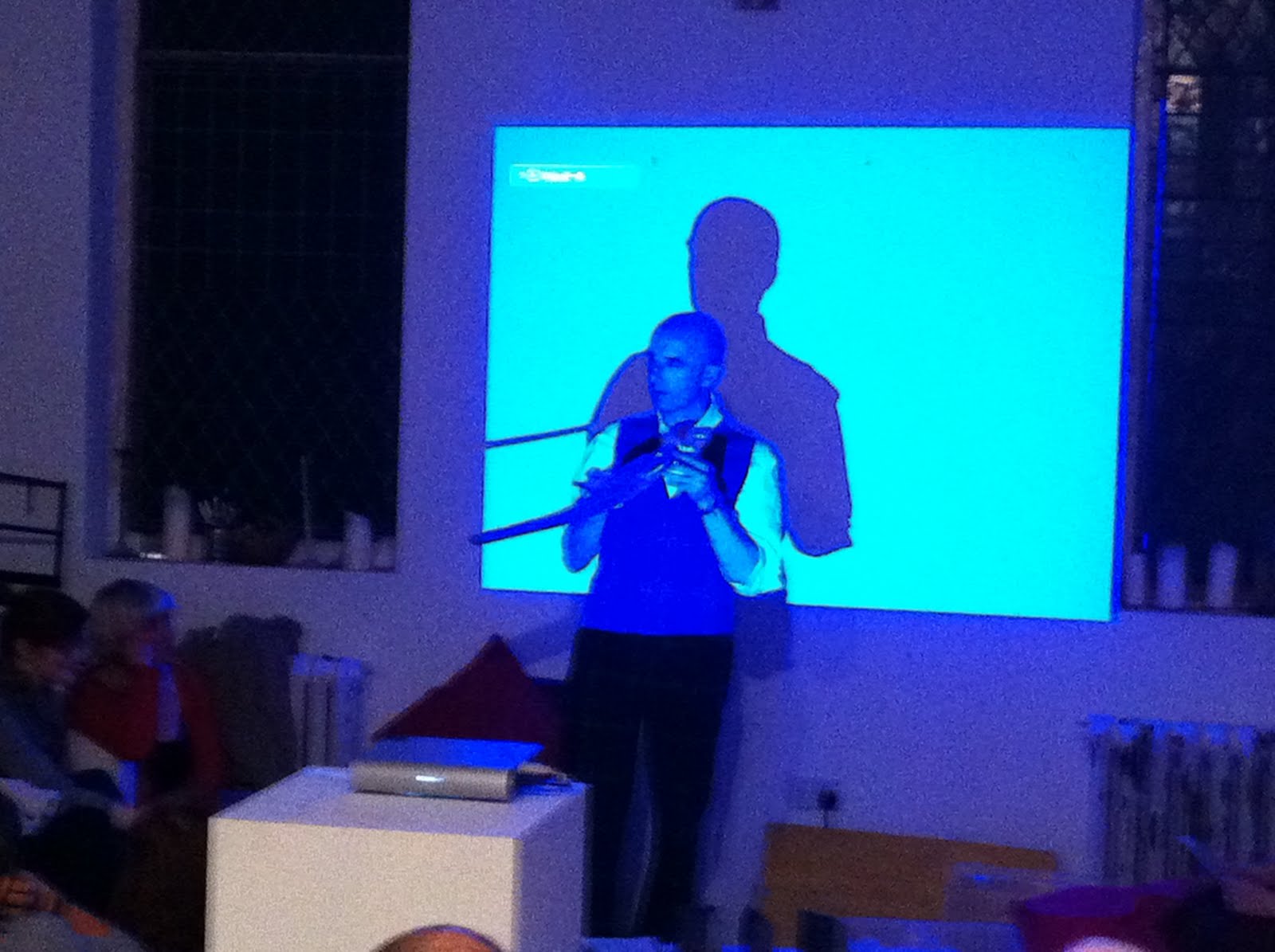 Opening the bimonthly event was Lincolnshire based artist Michael Sanders, winner of the 2011 ‘Opem’ exhibition at the Collection Gallery, Lincoln. Sanders, dressed in a flamboyant tailor- made suit, courtesy of Trevor Lewis, a Lincolnshire dressmaker, began his presentation of his politically influenced work.

Showing the audience objects such as tail fins of pave-way laser guided bombs, Sanders explained his fascination with the mechanical technology behind nuclear development. “Who sits down and designs this stuff?” he asked the audience. A question that he often asks himself, regarding the money that is pumped into such items that can lead to devastating effects, yet puts food on the table for the designers and engineers.